Sports
This month, English fans of ‘footy’ had lots to celebrate. Despite a heartbreaking loss in the finals of the Euros, it was England’s best performance ever in the continent’s biggest game.
Soccer, that is.
Britain is the birthplace of the modern sport that has traveled around the world to become the most popular in the world. It’s also morphed into versions with their own fans - for example, North America has co-opted the name ‘football’ for a different game entirely.
Although kids all over the world since the beginning of time have kicked things around the village, the game that became British ‘football’ and the world’s ‘soccer’ traces its roots back to the mid-19th century.
That’s when players and clubs from around Britain came together as the Football Association to come up with a single set of rules. Not everyone was happy with the new rules; a splinter group of clubs opted instead to form the new Rugby Football Union, and so two completely different games were born.
No matter how you define ‘football’ today, any sporting fan on a trip to Britain should try to get tickets to see a game live in its birthplace.
Here are some other places and ways to immerse yourself in British footballing heritage while traveling around Britain:

Aston Villa football club was formed by members of the Villa Cross Wesleyan Chapel, which sounds very sedate, but the club’s competitive attitude has nothing to do with church-like behavior. Since 1897, the club has played its home games at Villa Park, which was once a Victorian amusement park developed in the former grounds of Aston Hall, a grand stately home with gardens dating back to the mid-17th century. Alongside touring the stadium, this slice of history is just a short distance away.

The Wolves’ Interactive Museum at Molineux

Molineux has been the home of the Wolves (Wolverhampton Wanderers) since 1889. Another of British football’s founding clubs, the stadium’s interactive museum takes visitors on a journey through the early years of modern football, while stadium tours provide a behind-the-scenes peek into memorable moments from the club’s history. 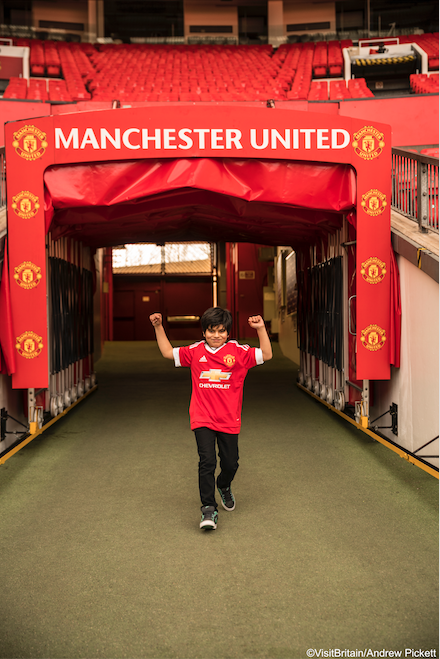 Some clubs can trace their origins to the workplace. Manchester United, as they are now known, was initially formed by the Carriage and Wagon Department of the Lancashire and Yorkshire Railway in 1878.
When they changed their name at the turn of the century, the club moved to their current Old Trafford stadium in 1910 and have remained there ever since. Learn more about this world-famous club’s heritage on a museum and stadium tour. 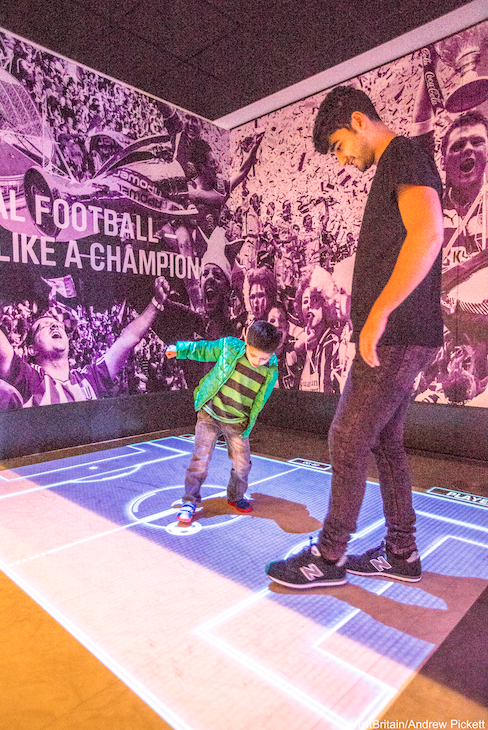 Football fans in Manchester can also embark on an interactive journey through the beautiful game at the National Football Museum, set in the striking Urbis building in the city centre. Alongside a penalty shootout and other interactive games, it’s packed with footballing memorabilia including medals, replica trophies and shirts from history-making games..

Arsenal can trace its roots to the south of the capital, in the late 19th century when a group of workers from the Royal Arsenal, an armaments factory in Woolwich. The club relocated to North Londond then to its current Emirates site in 2006. Behind-the-scenes tours dive into the club’s rich history, and there’s also legend experiences – guided tours by some of the club’s former players – to enjoy.
North London club Tottenham Hotspur was formed by a gang of schoolboys in the 1880s, and played at their White Hart Lane stadium from 1899. The Tottenham Hotspur Stadium, built on the same site, opened in 2019. It includes the Goal Line Bar, which at 65 metres is the longest bar in Europe!
After enjoying a stadium tour, those with a head for heights can gaze out over the capital on the Dare Skywalk, a chance to climb the stadium and look down on the pitch below. A similar rooftop tour is also available at Newcastle’s St James’ Park stadium, offering up panoramic views of Tyneside.
Chelsea, another of London’s top clubs, was formed in 1905 in an upstairs room of a pub, now named the Butcher’s Hook. Located in the shadow of Stamford Bridge, which was being built at the time, fans can tour the club’s stadium and museum.

Iconic Wembley Stadium, complete with its massive, 133 metre (430 foot) arch, reopened in 2007. It can hold up to 90,000 fans, making it Britain’s largest sporting venue. In addition to history-making matches like Euro 2020’s final, played in July 2021, it’s also where epic concerts including the record-breaking Live Aid take place. 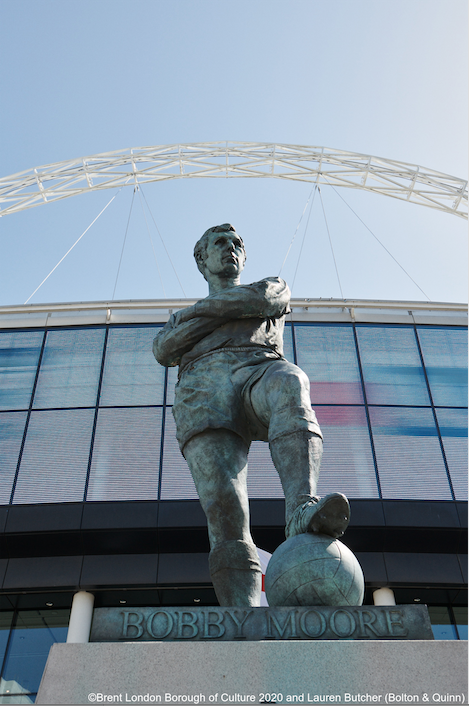 Glasgow’s Hampden Park is known as the home of Scottish football. It was the world’s biggest stadium when it opened in 1903. Hampden Park still holds the British attendance record, from 1937, when nearly 150,000 people crammed in to watch Scotland play England in 1937. Although its capacity has massively reduced with modernisation and the introduction of safe seating, Hampden Park is still home to the Scottish Football Museum – a space dedicated to documenting the northern nation’s footballing history.

Where do you want to go?